Sri Lanka's deep-rooted and ancient civilization has endowed the island with a legacy of colourful national and religious festivals. Hardly a month goes by without a unique national of religious celebration of diverse cultural and religions, celebrated by people with a genius for pageantry and ceremony. 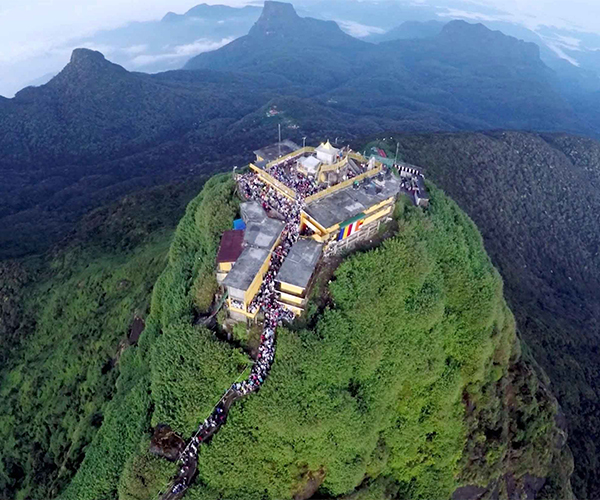 December-May - Sri Pada (Adams Peak) Pilgrimage Season Sri Pada or Adam's Peak as it is known to the Westerners is a mountain 2,237 meter high situated in the South-West corner of the Central Highlands. It is well known for the Sri Pada, i.e., "sacred footprint", a 1.8 m (5 ft 11 in) rock formation near the summit, which in Buddhist tradition is held to be the footprint of the Buddha, in Hindu tradition that of Hanuman or Shiva and in some Islamic and Christian tradition that of Adam, or that of St. Thomas. The Season begins in December and ends in April the following year. The spectacle of sunrise from the mountain top is an unforgettable sight. 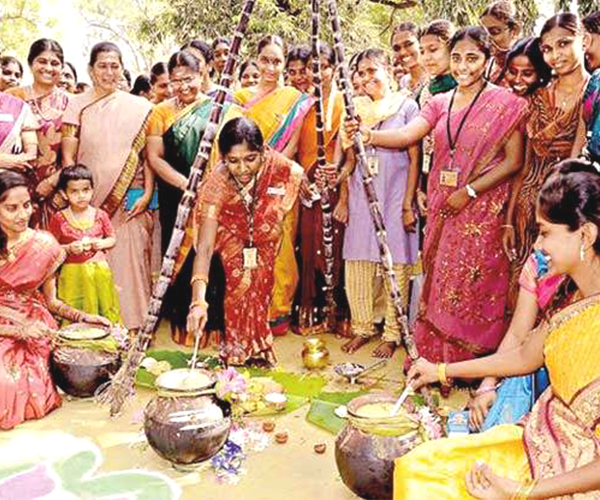 It is a harvest festival equivalent to thanks giving event celebrated by the Tamil community in Sri Lanka and across the world. 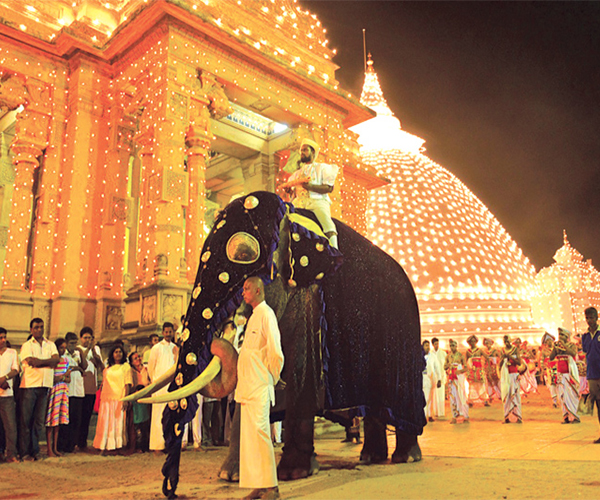 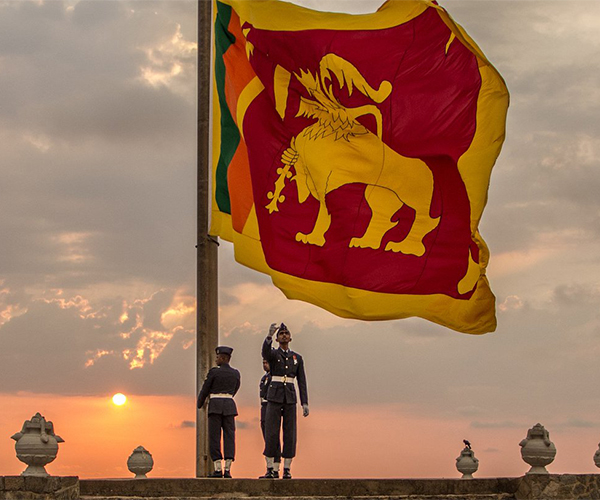 February 4th - National Day This day commemorates the grating of independences to Sri Lanka by the British on 4 February 1948. It is a great patriotic and national occasion celebrated with colourful parades. 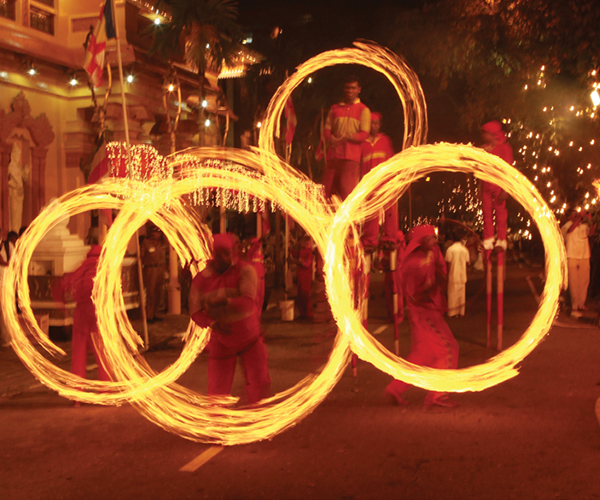 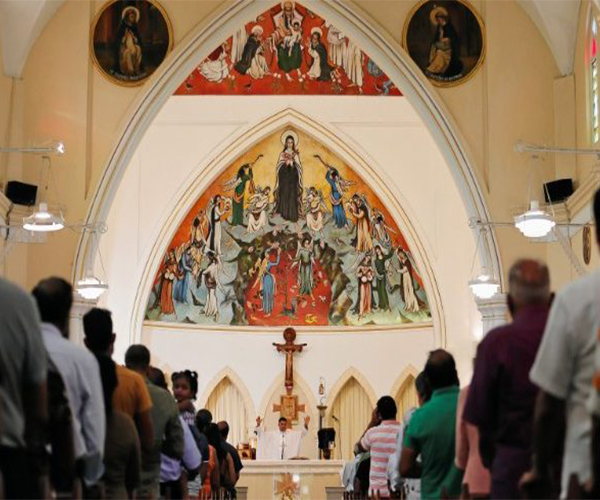 This day is observed by Sri Lanka Christians. Commemorating the crucifixion of Jesus Christ and his death at Calvary Many Christians spend this day in fasting, prayer, repentance and meditation. 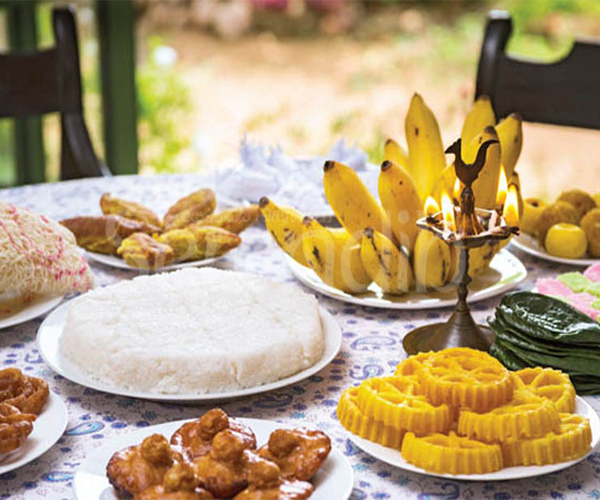 April - Sinhala and Tamil New Year The two ethnic groups in Sri Lanka, The Sinhalese and the Tamils celebrate a common traditional New Year in the month or April. Originally a harvesting thanksgiving. This marks the passage of the sun from Pisces to Aries. Traditional customs are observed on this day with merrymaking, fun and games and lavish hospitality. 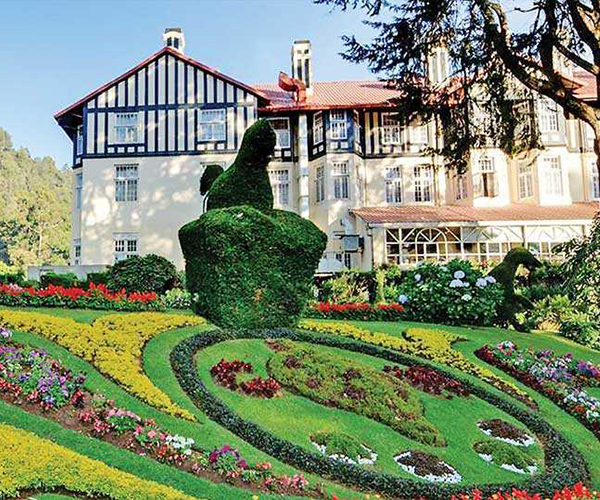 Nuwra Eliya comes alive during April to entertain thousands of visitors who flock to this salubrious hill station the heat & humidity experienced in most parts of the island during April. Nuwara Eliya offers visitors numerous enjoyable events during high season. Other seasonal events include gold and tennis tournaments, live music fiestas and dances, Nuwara Eliya has ‘mini season’ in August & December as well. 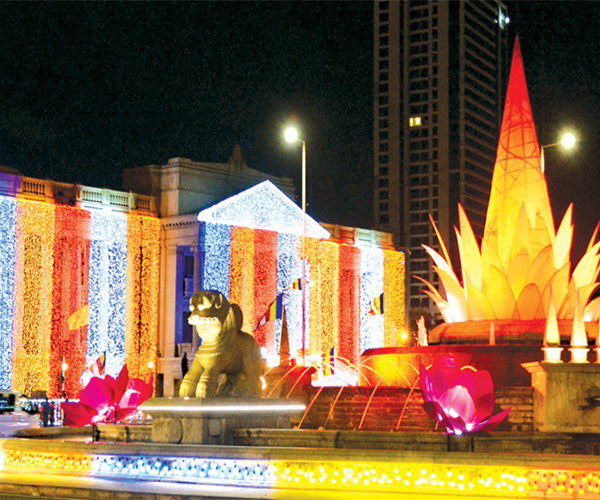 May - Vesak Full Moon Vesak is thrice blessed day for Buddhists throughout the world. It commemorates the birth of Prince Siddhartha, his attaining enlightenment and passing away into Nibbana as Gauthma Buddha. The day is also celebrated with festivity with numerous colourful decorations and illumination pandals and pageants. 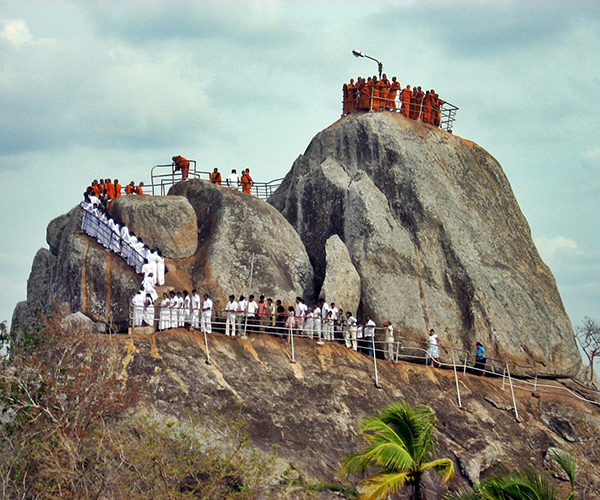 June - Poson Full Moon Poson, the full-moon festival commemorates the advent of Buddhism to Sri Lanka in the 3rd centur BC. The day is celebrated with religious observance. The culture of festivities is at Mhintale (about 10 km.) from Anuradhapura where the Buddhist doctrine was first preached by Alhast fron religious festivals there are illumination and decorations and procession in various parts of the world. 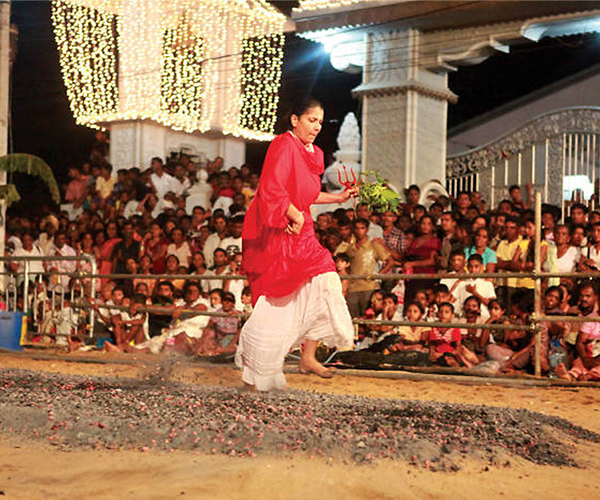 July–August - Kataragama Festival It is a major the Esala Festival. Kataragama in the South-East corner of the island is jungle shire dedicated to God Skanda and is a popular and Hindus. The climax of this festival is the five walking, ceremony usually during end of the festival. 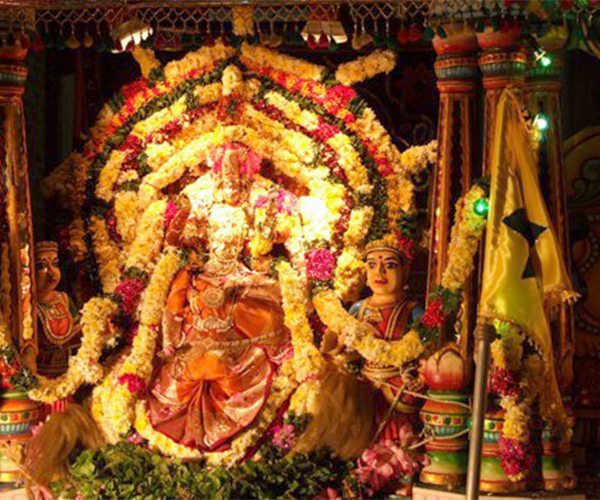 July–August - Udappu Festival For miles west of the Colombo/Puttalam highway between Mudal Lake and Sea is the finishing village of Udappu. The festival is centered in and around the Kovil dedicated to Goddess Drupadi. Men, Women & Children tread the hot coals at the Fire Walking Ceremony in the belief that Goddess Drupadi’s following hair will protect them from harm. 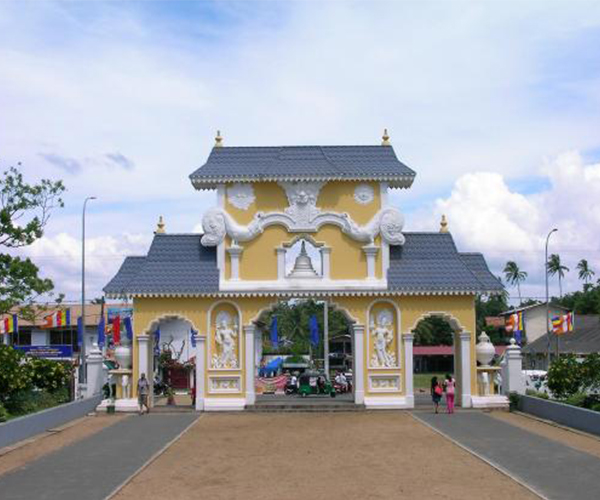 July-August - Dondra (Devinuwara – City of Gods) In the southern of Sri Lanka. 160 km from Colombo is the shrine dedicated to God Vishnu at Dondra, where Esala Festivals take place every year with a colourful perahera. 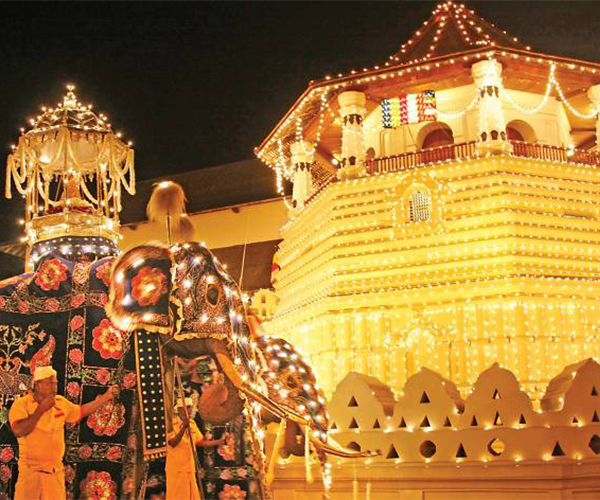 August- Kandy Esala Perahera The most magnificent of these festivals is the kandy Esala Perahera. A spectacular medieveal day pageant is held for 10 nights with kanyan dancers and Drummers in colourful traditional costumes. Kandyan Chieftains in medieval court dress more than one hundred caparisoned elephants whip crackers, torch bearers etc. It is an unforgettable experience. 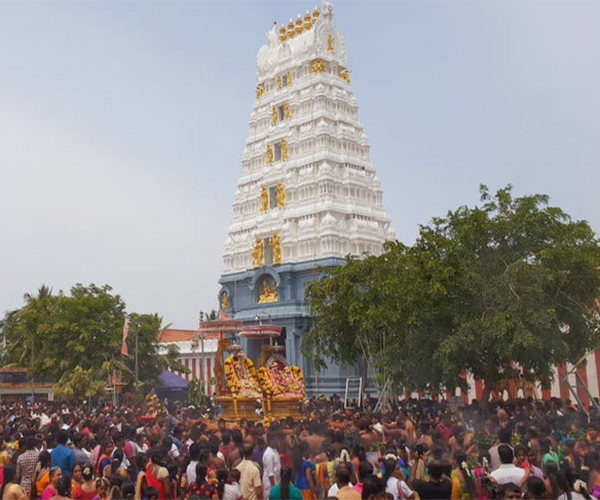 August-September - Munneswaram About 75 km north of Colombo (3 km from Chilaw) is a Hindu shrine dedicated to God Siva where a colourful temple festival with fire walking takes place during the Esala Festival time. 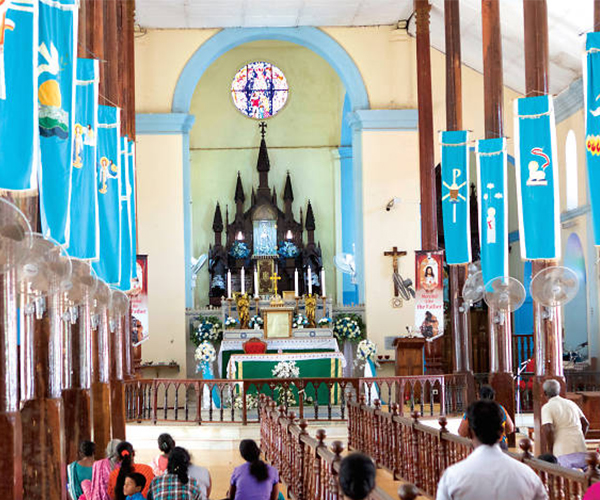 August - Festival of Our Lady of Madhu (Three feasts in July, August, October) Madhu is a Roman Catholic Marian shrine in the Mannar district. With a history of over 400 years, the site is considered as the holiest Catholic shrine in the island and is a well known place of devotion for both Tamil and Sinhalese Catholics. The Madhu Church holds three feasts in July, August and October. The August 15th festival draws in the biggest crowd, nearly a million peoples. 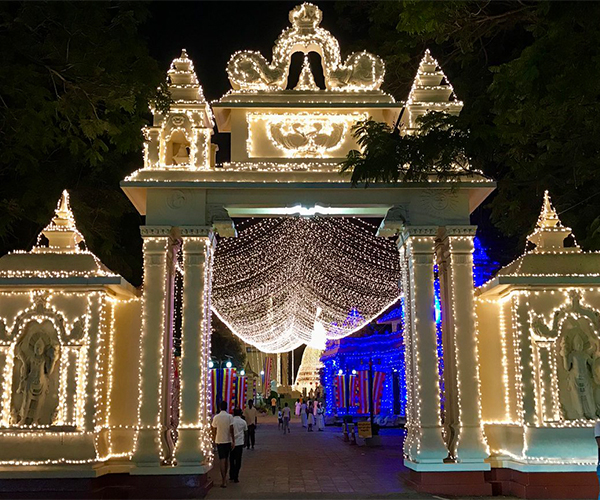 August-September – Bellanwila Esala Perehera A colourful Esala pageant is also held at the Rajamaha Vihara (Buddhist temple) at Bellanwila. A Southern suburb of Colombo. The perahera features low-country for folk dancers in addition to Kandyan dancers. 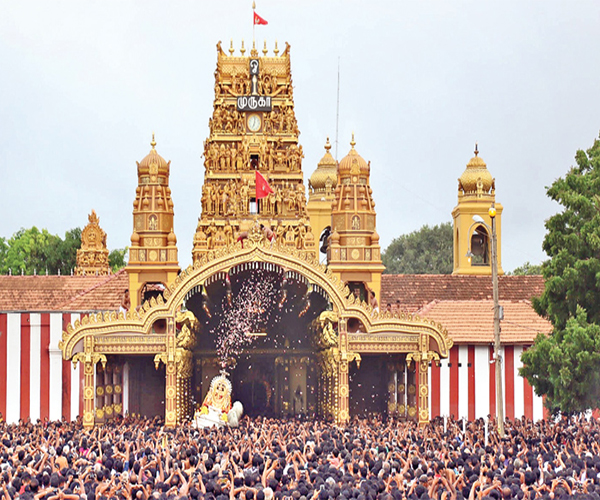 August - Nallur Festival – Jaffna The largest Hindu temple festival in Jaffna. It is a major highlight of social, cultural and religions sprit of Jaffna Society. Nallur Kandaswamy Kovil (temple) is one of the most important temples in the Jaffna penisula. The presiding deity of Lord Muruga. 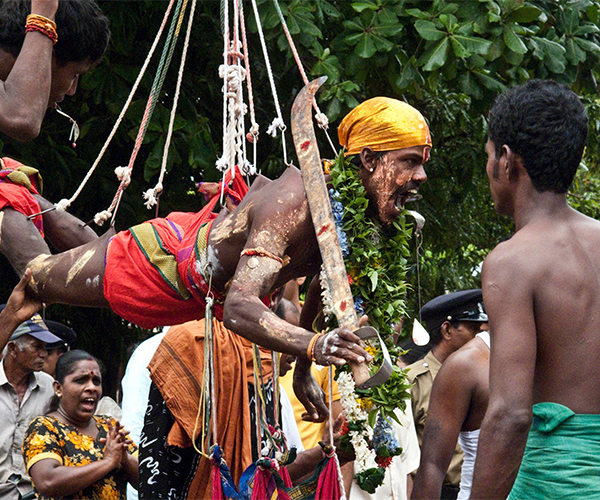 August-September - Vel festival – Colombo Some of Colombo’s main streets take on a festival atmosphere in August where the capital’s main Hindu Festival takes place and ornately decorated Vel Chariot makes its annual trip carrying the weapons of God Skanda from one temple to another. 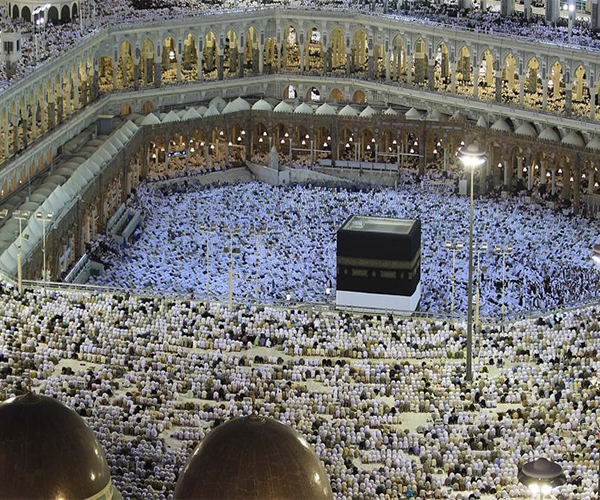 August - Id-Ul-Adha (Hadji Festival Day) Adha is a three day global Islamic festival and is part of the Hajj or the pilgrimage to mecca. 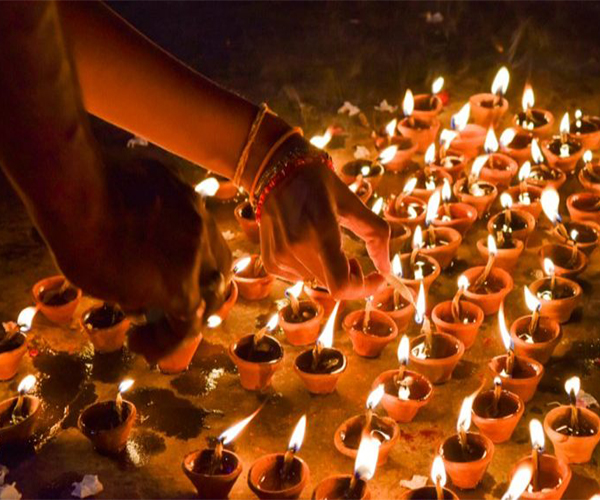 November - Deepavali : Festival of Lights The festival of lights celebrated by all hindus. Hindu homes are lit up at night. New clothes worn, homes spring cleaned and all Hindus purify themselves with an oil bath. Illuminations are designed to welcome Lakshmi. 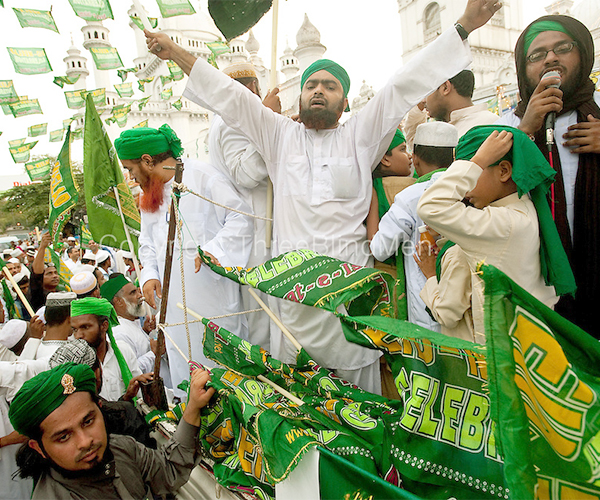 November-Milad-Un-Nabi Day The celebration of the birthday of the Islamic prophet Muhammed. 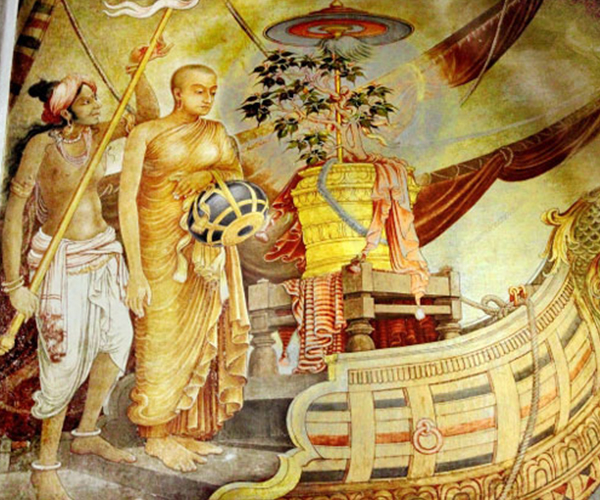 December - Sangamitta Day (Unduwap Full Moon) This day marks the historic event of bringing of the sacred Bo-tree under which Gauthama Buddha attained enlightnment in india by Arahat Theri Sangamitta, sister of Arahat Mahinda and daughter of Emerror Asoka. 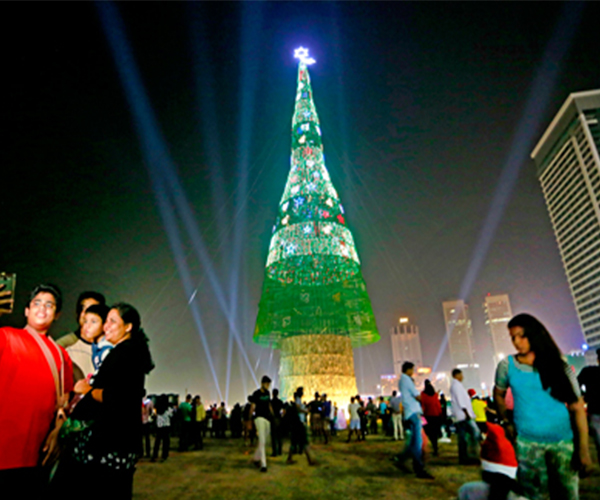 25th December – Christmas The Christmas day is celebrated by the Christian community in Sri Lanka on this day.

Green Voyages
Green Voyages is a Tourist Company based in Sri Lanka which organises and plans Holidays for both locals and foreigners in a professional and friendly manner!
Copyright © 2021 - Green Voyages - All Rights Reserved. Concept, Design & Development by Web Lankan